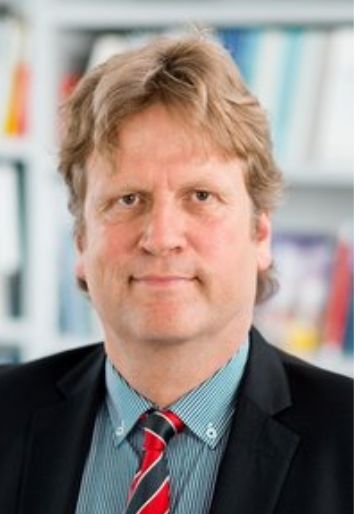 Professor Dr. Ansgar Belke passed away on July 22, 2020 aged 55. Ansgar became President of the European Economics and Finance Society in 2015 and he played a pivotal role in the Society's development.

Ansgar was an amazing person and a lovely human being. He supported students and young academics with great passion and he was highly regarded in the international research community. He remained modest and reserved despite all his successes. Ansgar had an open ear and a friendly word for everyone. He deeply loved his family and is survived by his wife Claudia and his three children, Anna-Pia, Henrik and Lennart.

His main areas of research interest were in the fields of international macroeconomics, monetary economics, European integration and applied econometrics and he contributed significantly to our understanding of monetary policy and financial markets. Ansgar was among the first to recognize the enormous importance of international spillover effects in the context of monetary policy. He was a deeply convinced European and supported the policy debate to improve Europe on many fronts.


Ansgar was involved in numerous professional activities and he was an integral part of several networks. He was a visiting researcher at the IMF in Washington/DC, CentER Tilburg, CEPS Brussels, IfW Kiel, DIW Berlin and OeNB Vienna. Furthermore, he was Research Director for International Macroeconomics at the German Institute for Economic Research (DIW), Berlin, and Research Professor at the Centre for European Policy Studies (CEPS), Brussels.

Ansgar was also member of the "Monetary Expert Panel" of the European Parliament, the Scientific Advisory Council of IAW Tübingen, the Councils of "Arbeitskreis Europäische Integration" (AEI), the "Institut für Europäische Politik" (IEP), the Executive Committee of the International Atlantic Economic Society (IAES) and on the Scientific Committee of the International Network for Economic Research (INFER). He was also Research Fellow of IZA Bonn and CELSI (Bratislava), member of the professional central bank watchers group "ECB Observer", member of the Bureau of European Policy Analysis (BEPA) Visitors Programme of the European Commission, external consultant of DG ECFIN of the European Commission, external consultant of the European Union Committee of the House of Lords (UK) and he successfully conducted research projects on behalf of the German Federal Ministries of Finance, and of Labour and Social Affairs.

He published widely in international refereed journals and other outlets, did regular opinion pieces in the printed press and appeared in national and international TV broadcasts. He spoke as keynote speaker at a wide array of conferences, among them in 2010 the "Jeddah Economic Forum", Jeddah/Saudi-Arabia, the "Global Economic Forum", Istanbul/Turkey, and the international conference "Policies for Growth and Financial Stability beyond the Crisis – The Scope for Global Cooperation", Mumbai/India, in 2012 the "Asan Plenum" and "The Economist Bellwether Series Conference", both in Seoul/South Korea, in 2014 the "Greek Government Roundtable" in Athens/Greece and in 2014 as Plenary Speaker the ECOMOD Conference in Bali/Bank of Indonesia.

As President of the EEFS Ansgar spent a lot of time and energy in promoting the Society, inviting well known economists and policy makers, helping to bring special issues of established academic journals, introducing Keynote speakers, assisting in the process of refereeing papers and arranging great venues for our annual conferences. However, it is above all, that most members of the Society will  remember him as a special friend and colleague, a mentor especially to young PhD candidates and a person with whom a meal, beer and laugh could be shared with after the academic business of the day was completed. We mourn his loss and will be dedicating next year's conference to his memory. Our thoughts are with his family, colleagues and friends.